Grooming and skin care isn’t a thing that only us guys do – in fact, I suspect some of the ladies spends at least as much time and care on their skin as we do on our beard and faces… maybe even more!

Joking aside, my Better Half found a recipe for home made body butter online a while back, and wanted to give it a go. The original recipe called for a half cup each of shea butter, cocoa butter, coconut oil, and a light oil like olive or jojoba – essential oils are optional. Now, neither of us are any good at following recipes… we like to tweak them to suit us. So the recipe we ended making was closer to this:

A bit more complicated than the original… but the end result was worth it.

We measured out the solids and oils in a glass bowl and put the bowl in a pot of water on the stove to melt it while stirring. Once melted, we took it of the heat and let it cool a bit before we added the essential oils and put it in the fridge to cool for an hour. Taking it out of the fridge, we whipped the half solid goo with an electric hand mixer for about ten minutes, before putting it back in the fridge for another hour or so. Then it was just a matter of scooping it into a suitable jar, and apply to dry skin. 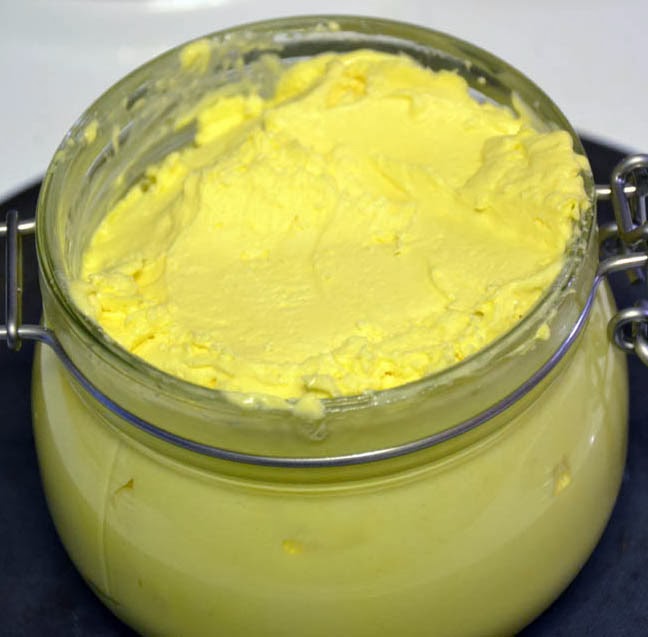 The verdict? So far, much better than the stuff you can buy in the stores or online. A bit on the goopey side, but soaks into the skin in five minutes or so.