Or to quote the abstract: 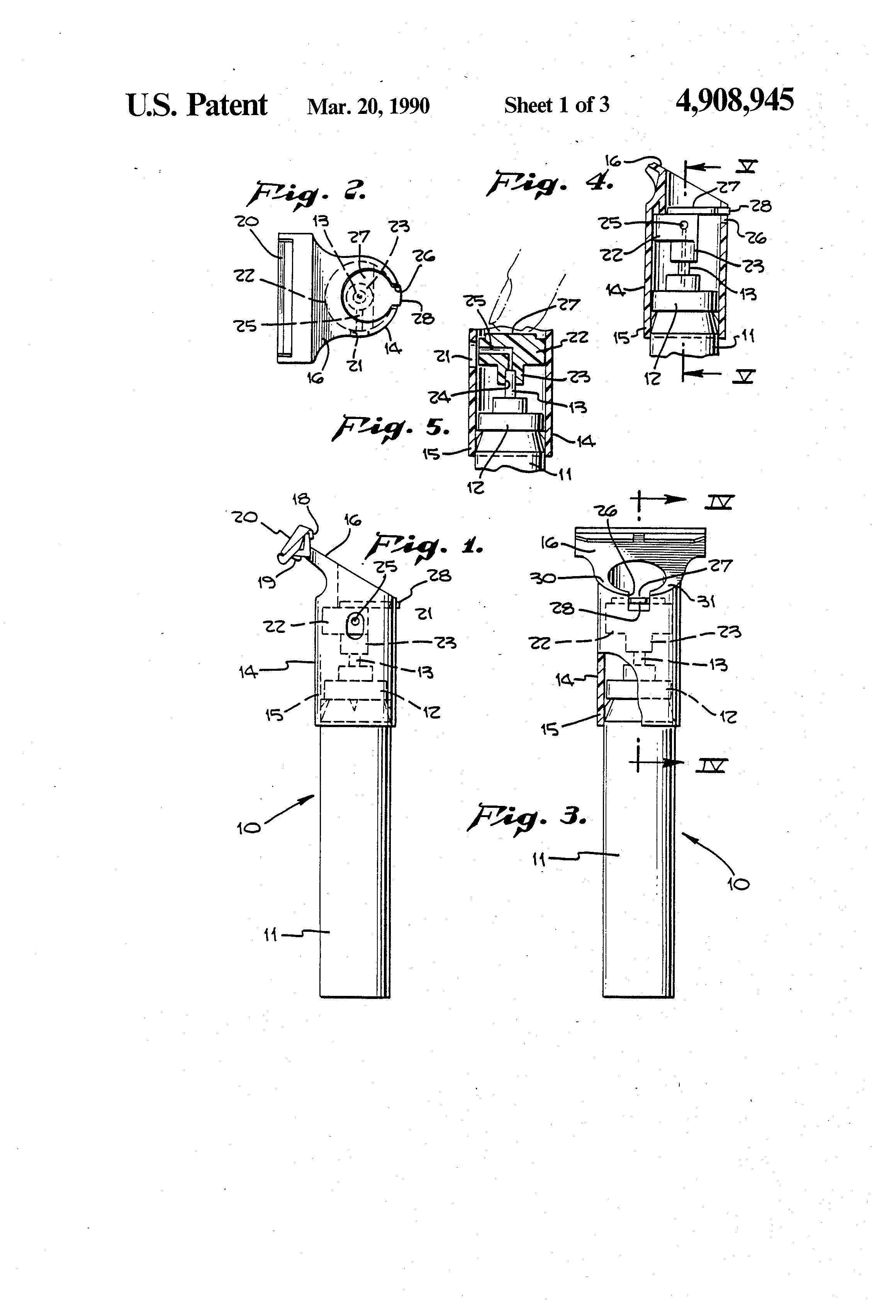 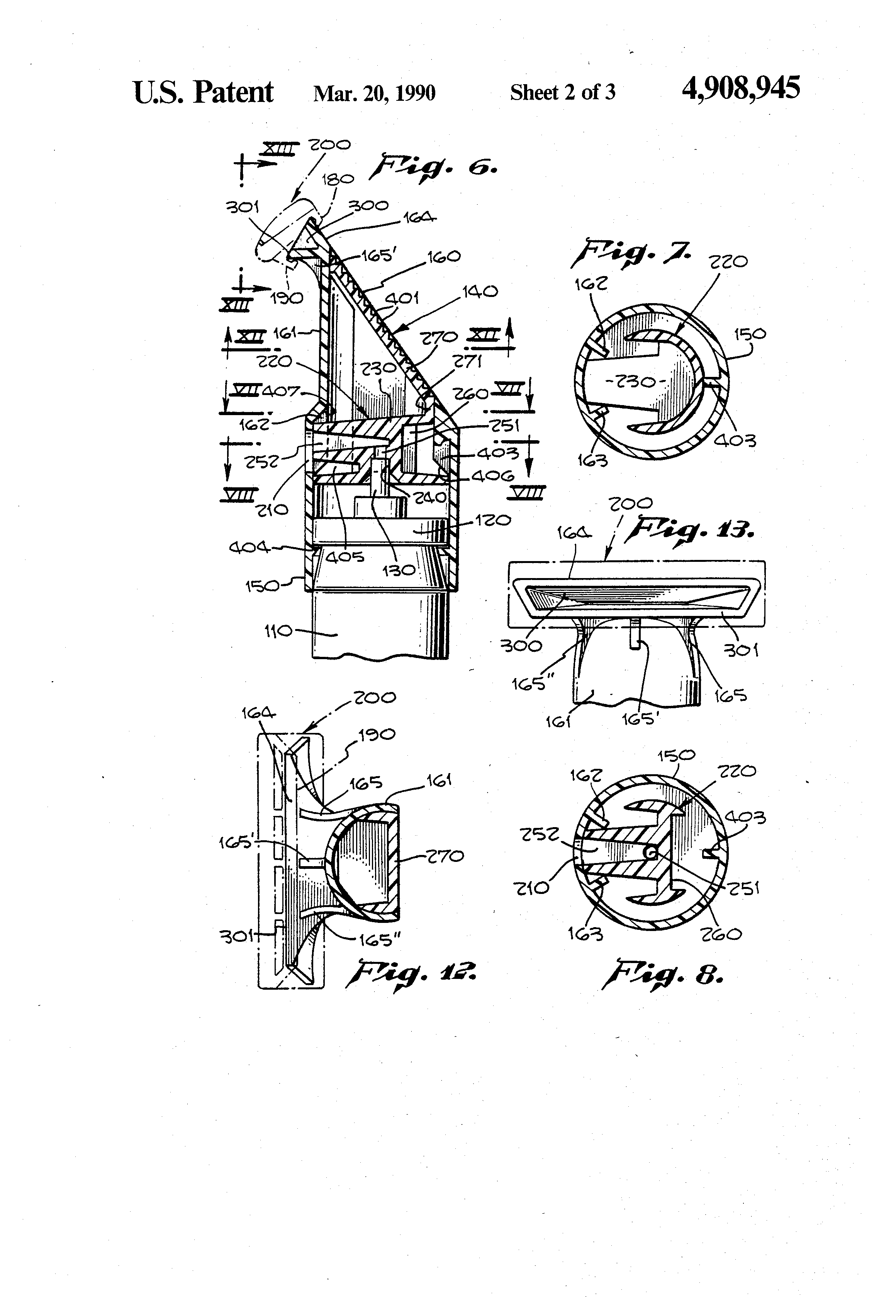 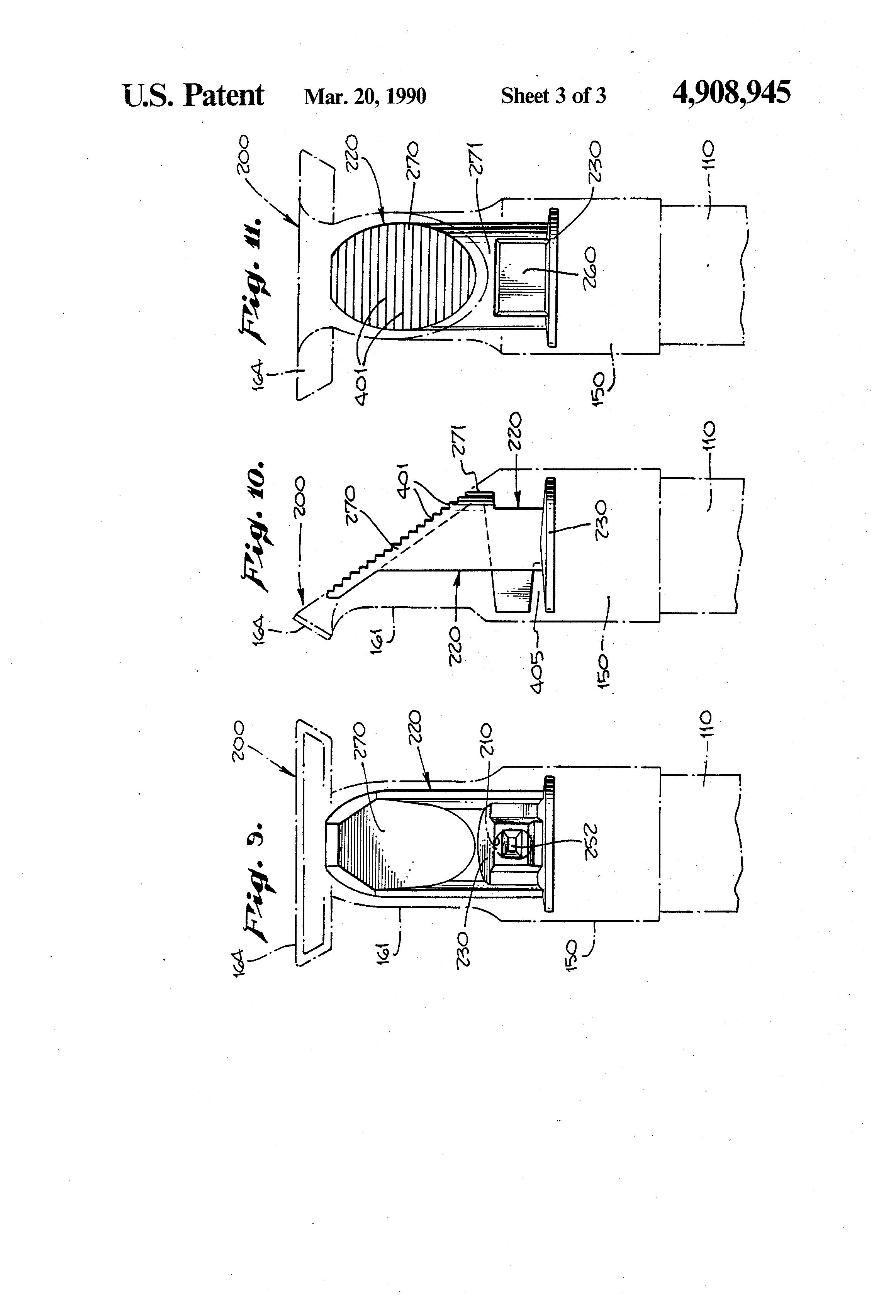 This patent is a couple of years younger than last weeks, and despite using canned goo it does fix one potential issue with the previous one; the razor and the goo is both happening at the same end of the handle, instead of opposite ends.
Like most oddball shaving patents I find this one too has lapsed. I suspect the combination of an overly thick handle and having to throw the razor away when you ran out of canned goo limited it’s marketability.