Do you manage to drop the soap or powder off the brush before lathering? If so, the invention by Mr D Andrew Albright might be the thing you need:

An object of the invention is to provide a cup-like depression in the ends of the bristles constituting the brush, for the purpose of retaining the cream or powder in the center of the brush and to prevent it from falling from the brush… 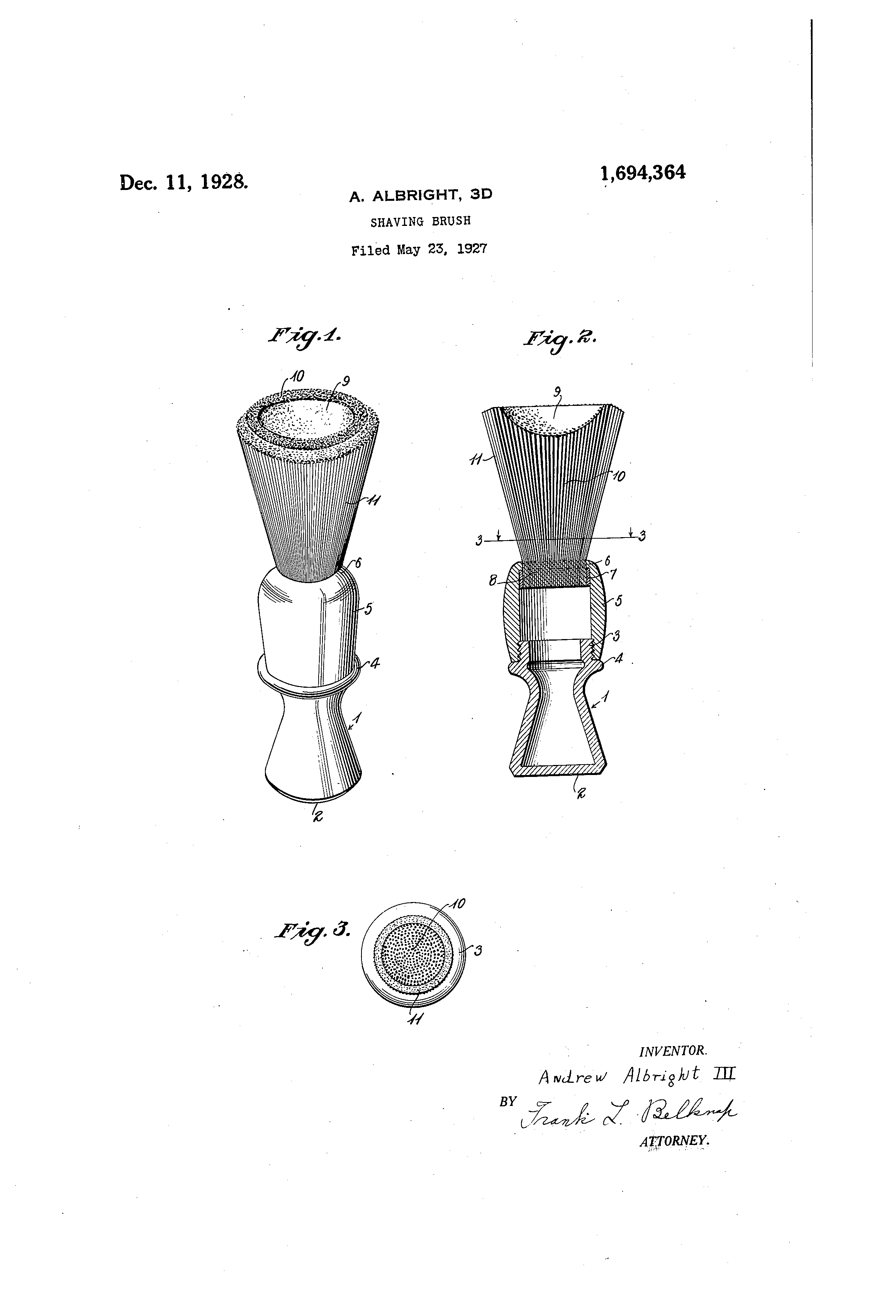 While I’m not convinced that a cup shaped  brush would be great for shaving – after all, a common complain about cheap brushes is that they develop a hollow space in the middle – it is interesting to note that the erstwhile inventor suggested a mixed brush:

A further and quite important character istic of the invention resides in the’sectional formation of the brush, the innermost section or core being constructed of relatively stiff bristles, such’as pig bristles, while the outermost surrounding section or’enveloping portion is composed of relatively soft bristles such as soft badger hair, the stiff’ bristles constituting the core being adapted to Work in the lather to soften the beard while preventing the latter from being misplaced, while the encircling section made of soft hair, allows for the spreading and smoothing off of the lather.

I have a couple of mixed brushes myself – one badger/boar and one horse/badger – but they are not built up like this… not sure if any brushes ever has been built with a stiff core and a soft outer shell.

As an aside; can you even get shaving powder any longer?