I suspect that was the line of logic Mr J K Waterman followed in 1909 when he applied for a US patent. In is own words, the object of his invention was to provide to the public:

…a safety razor which will be adaptable to all portions of the face, and which will have a great extent of cutting edge, and withal will’ be simple of construction and convenient of manipulation in assembling and separating its parts… 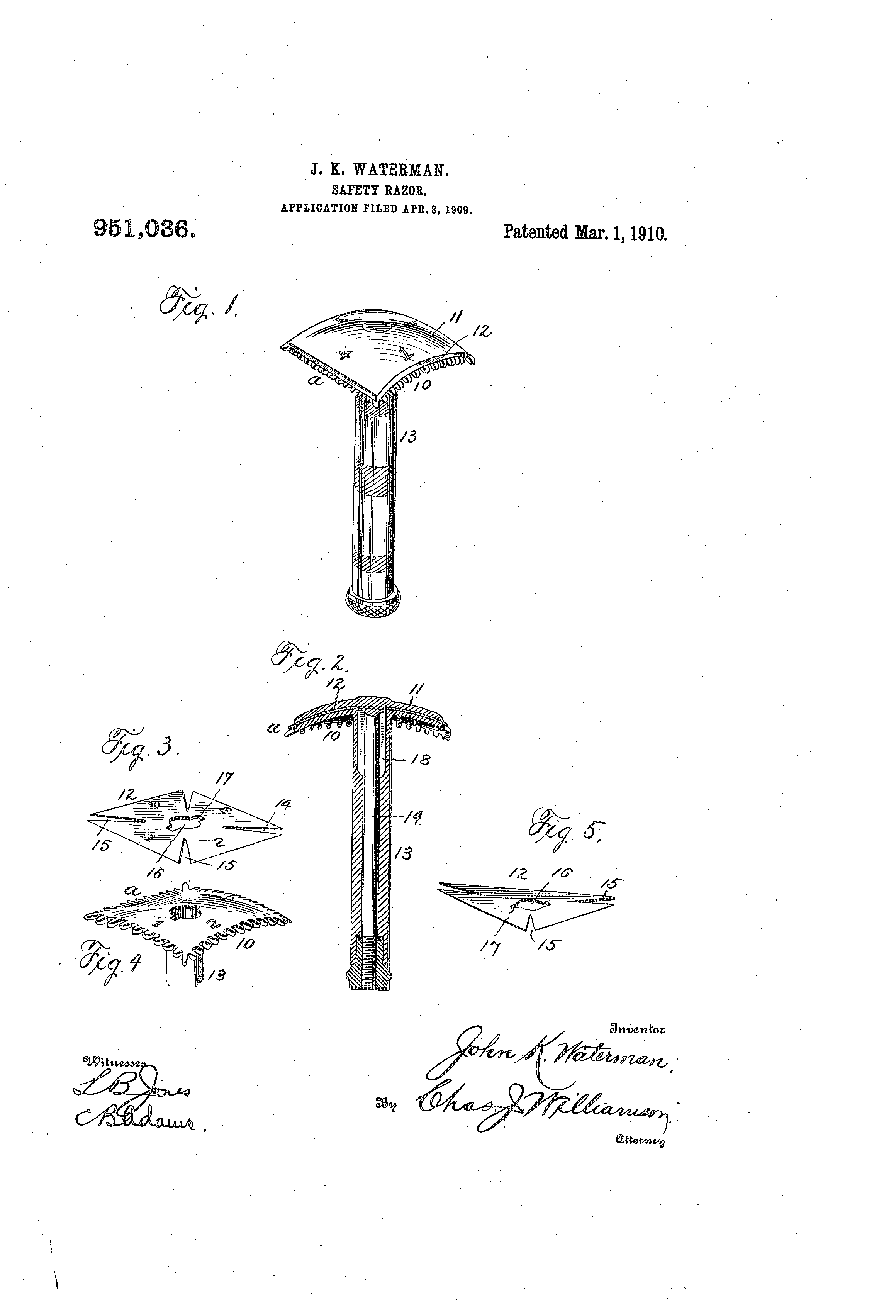 The actual design don’t look too bad, even if getting the curvature right on the head must have been tricky – a regular DE is a two dimensional curve (yes, even a slant), whereas Mr Waterman’s invention required a head curved in three dimensions.

The sticking point with this razor is the blades though… as can be seen in the drawing, they have the shape of a Maltese cross, and would be much costlier and more difficult to manufacture than regular DE blades. Shame really, because the idea of four edges is oddly tempting.