Halfway continuing from my musings on how old razor shaved when new – that is, with the original specification blade – I have spent a little time looking at how to keep a carbon blade sharp. It turns out that back in the day there was a LOT of ingenuity put into how to make your precious blades ‘fresh’, which is more critical with carbon steel blades due to the process of micro-pitting.

We may consider blades to be cheap today, but they cost comparatively more back in the old days 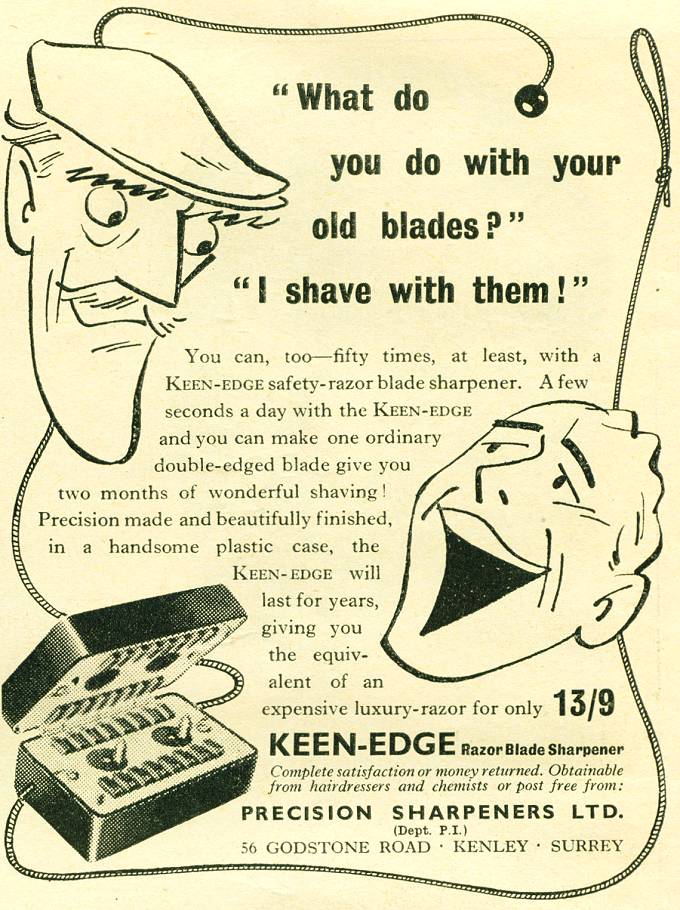 While I don’t usually take claims made in advertisements at face value, two months is a lot longer than the one week I use a blade before throwing it out… but then, part of the reason I throw them out is that I like to change things up. If you’re into traditional wetshaving to save money on the other hand, a blade sharpener makes a bit more sense – save money where you can.

There were quite a few different models too, working on several different principles:

Place blade on eccentric mount, close lid, pull string – the edges will move in a circular motion over the hones. 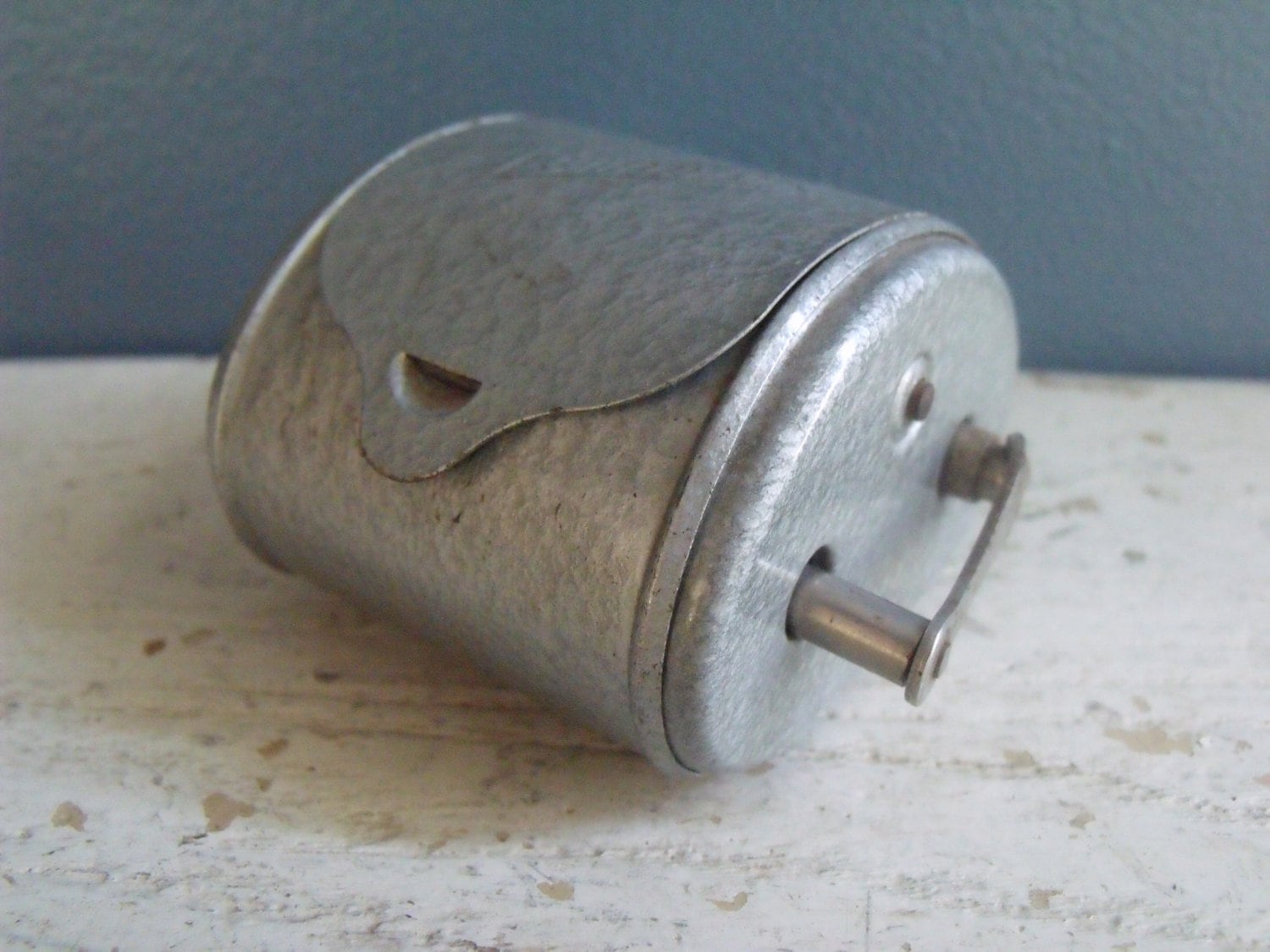 These two seems to work on the principle of placing the blade in the middle, and turning the handle will grind the hones across the edges. The top one  flips the blades over on the inside, the bottom one has four hones. 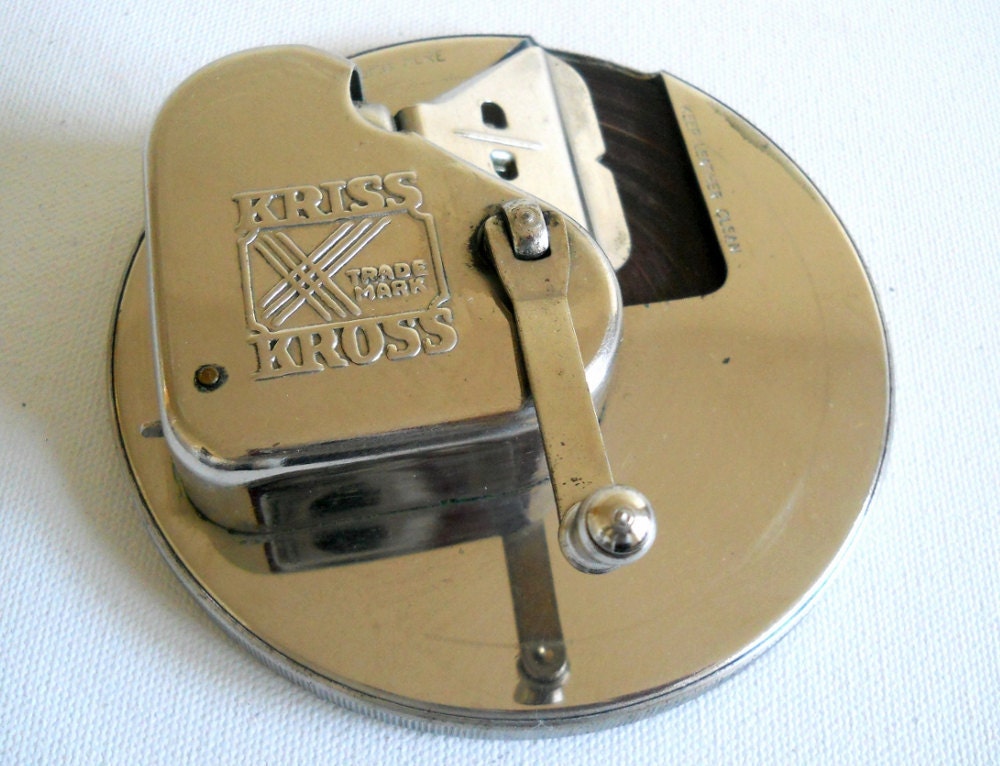 This moves a SE blade against a disc shaped grinding stone… which has a neat mechanism to flip the blade over.
I found a video of how to use the “thing on a string”… seems fairly simple, and if it works as advertised it should be very handy if the shavecopalypse ever comes around.
Also found a video demonstrating the “wind up” TwinPlex sharpener.
And last, a long video with the SE-blade sharpener.  I also found one of of a guy using it for a DE blade, but that one was in a language I don’t understand…
While I’m not sure how useful – or even usable – these devices would be with a modern stainless blade, it is fun to see the ingenuity of yesteryears.