Inspired by my recent acquisition of a WW1 Gillette Khaki, I have looked at what other military razors there are out there… these are supposedly Imperial Japanase razors from WW2, spotted on ebay.

This straight was described as “JAPANESE ARMY WW2  ISSUE STRAIGHT RAZOR”. Length 13 cm, it looks almost like a number of modern shavettes – from the photos it looks like a folded over piece of sheet metal gripping a SE-blade.With a metal press and some other tools one can probably start manufacturing similar bi-metal straights today with relative ease – whether there is market or not is a different question. 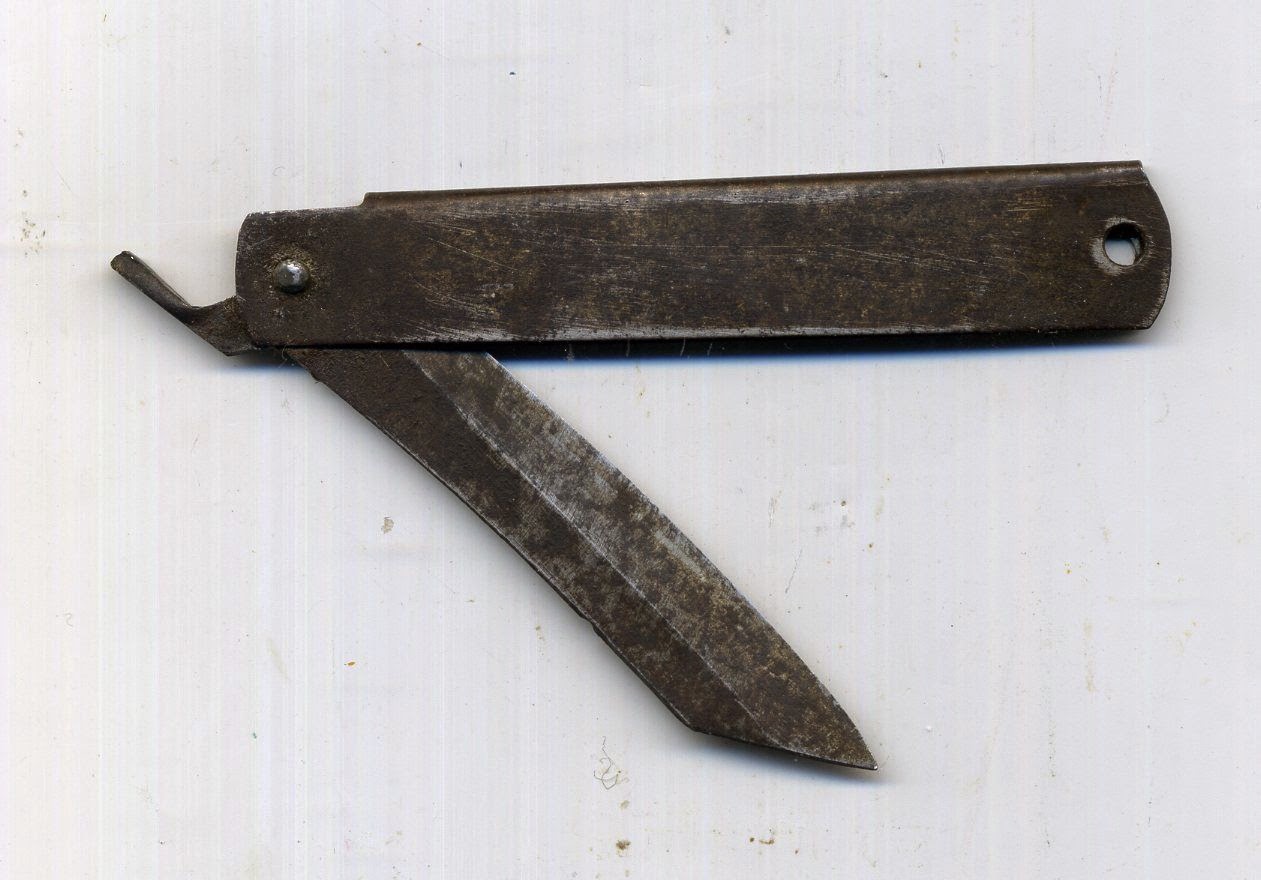 This was described by the seller as an “Original  and very scarce JAPANESE ARMY WW2 ISSUE FOLDING ALL STEEL RAZOR”. Length closed 8 cm  open 14 cm.  It was held in the open position by holding down the thumb catch . It did not lock nor have a spring.
Over on my favourite shave forum the points was raised that the grind would be wrong for a straight, and similar folding knifes are still popular in Japan as utility blades. Still, the seller listed this as a folding straight… caveat emptor I guess.