There is a certain overlap between traditional wetshaving – using yesterdays razors today, because they give a superior shave – and steampunk.*

If you’re travelling the internet and have a taste for the steampunk aesthetic – and I quite enjoy the steampunk aesthetic – you can’t fail to spot a few really niiice razors here and there. Mostly straights, but then there is a limit to what you can do to a DE or SE… not enough surface area for a good etch, gluing some gears on simply isn’t good enough, and some of them look pretty steampunk already.**

Anyhow.. here is a few steampunk inspired straights I spotted around the web lately: 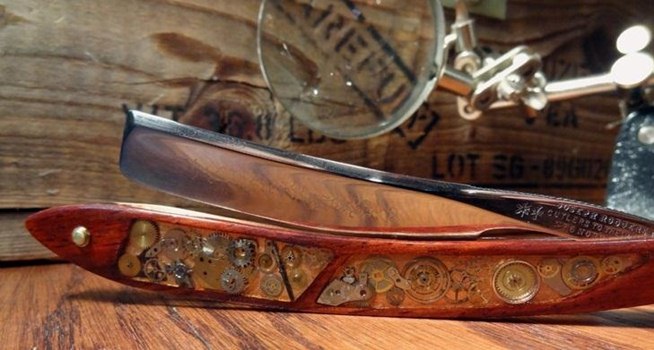 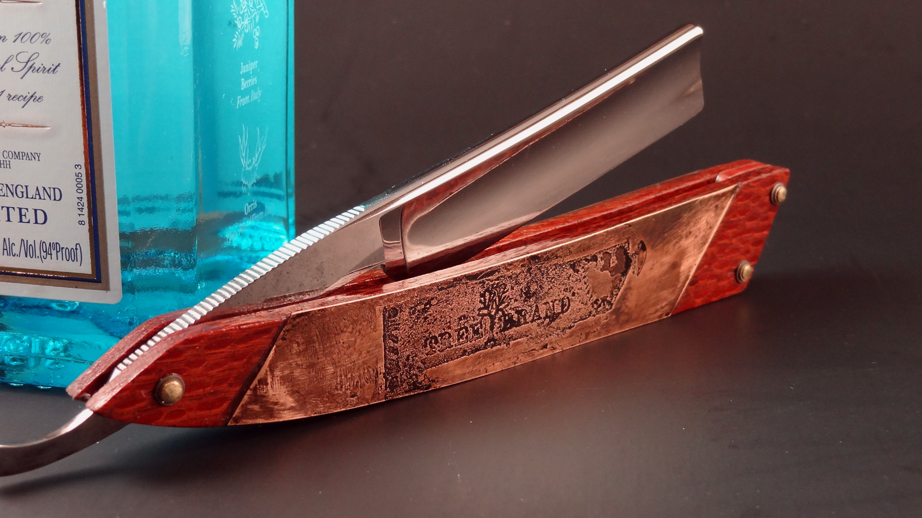 *) According to Wikipedia: Steampunk perhaps most recognisably features anachronistic technologies or retro-futuristic inventions as people in the 19th century might have envisioned them, and is likewise rooted in the era’s perspective on fashion, culture, architectural style, and art.
**) My brass GEM 1912 springs to mind, not to mention the Rolls Razor with it’s built in honing device.