The GEM 1912 – which came to me as part of a generous two razor PIF – is an early single-edge razor design offered by The American Safety Razor Company. According to my sources it was available from, presumably, 1912 until the 1920’s, when it was replaced as GEM’s premier razor by the Micromatic series of razors.

The head flips up via a notch on the back of the head, allowing for easy insertion or removal blades – although not as easy as the GEM Micromatic – but slightly easier than my Ever-Ready 1914.

It is a pretty solid performer, but for those who – like me – are more used to DE-razors extra care has to be taken with the angle of the razor. I got the best results when the top of the head was flat or almost flat against my skin. 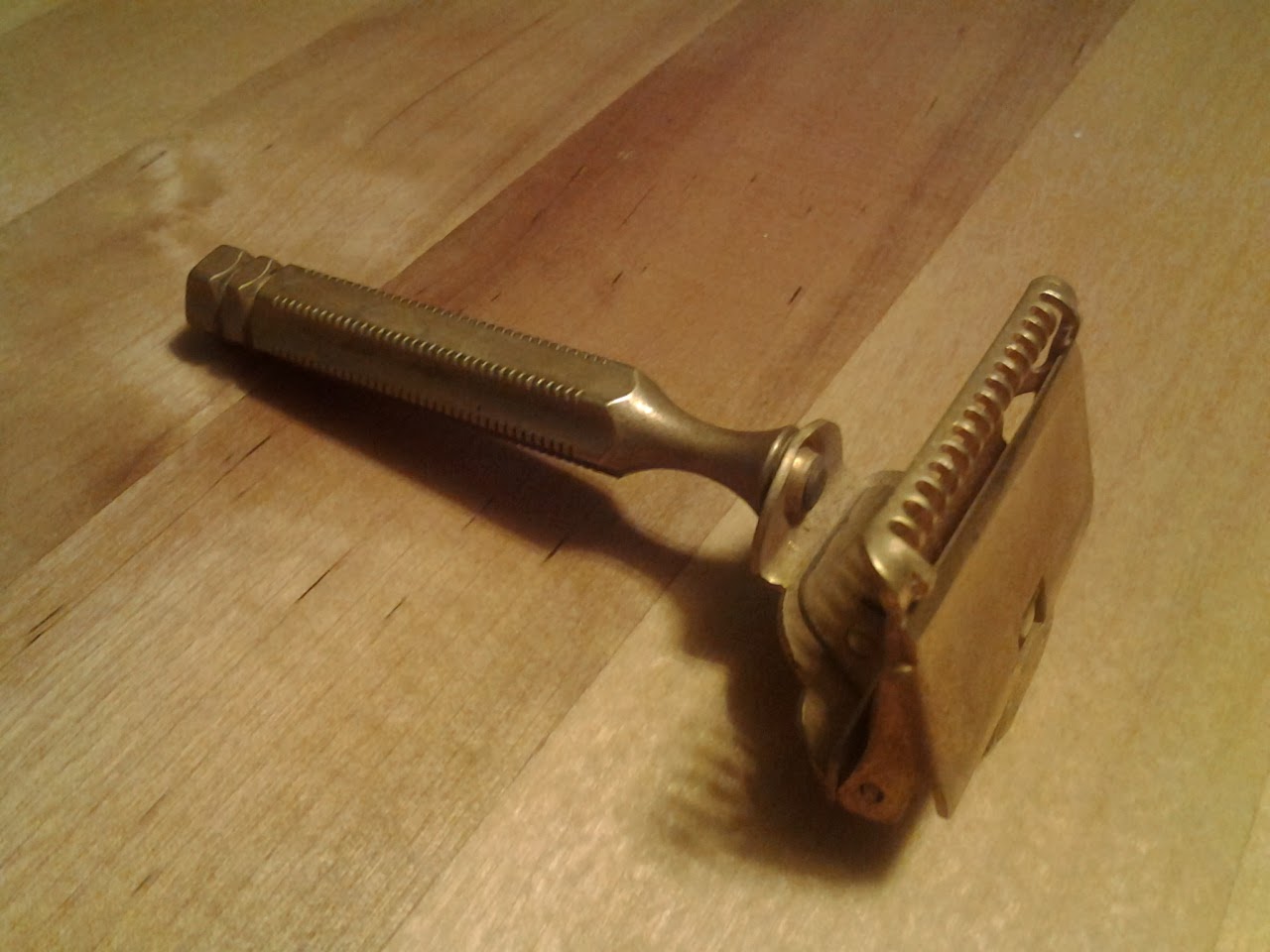 The surface of the 1912 is pure brass with no plating – this makes it slide across the skin less easily than a plated razor, but picking the right lather negates that minor issue.
Can I recommend the GEM 1912? Yes; it’s a fun shave, but keep in mind that it’s – in my opinion – a little trickier to use than a ‘normal’ DE razor.