A little while ago I bought a new razor – a bakelite Merkur 45C, and it’s a real looker too. 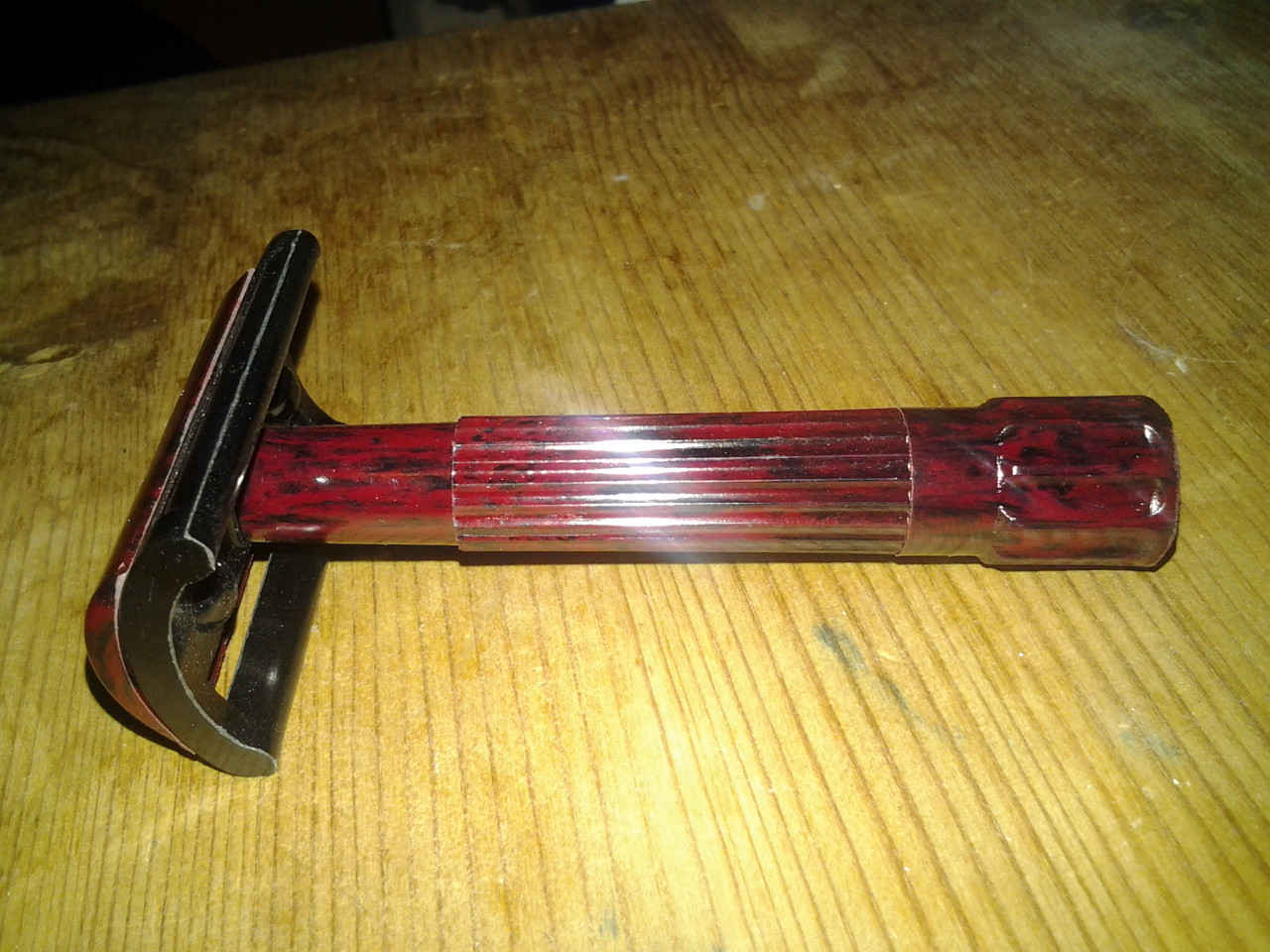 Last week it was my only razor, to break it in and get me used to it.
It’s very lightweight, which I found – rather counter-intuitively – makes it easier to not put any pressure on it at all. It’s often said you should let the weight of the razor do the work for you, but in the case of the 45C it’s the sharpness of the blade that does it.
The 45C has a rather retro style to it, which suits the material – bakelite – rather well. The reddish-brown and black might not be everybody’s cup of tea… but it’s nice to get away from the aluminum and chrome for a little while.
So far I’ve just tried it with a single blade, so it’s too early to do a proper review – but if you are looking for a safety bar DE razor somewhat out of the ordinary you could do well to look at the 45C.

As an aside; now that I own one of each I can say that the ‘unknown’ German white bakelite slant almost certainly is a Merkur product:; the handles are the spitting image of each other and have to have been made in the same molds.